WHAT ARE SOME WAYS TO REDUCE RECIDIVISM?

Given that recidivism is a major source of crime and is one result of over-incarceration, the question becomes — what to do to reduce recidivism?  There are several approaches that have been found to work, and I’ll describe them briefly here, followed by my suggestions on what to do.  They are discussed at length in my book: The Costly U.S. Prison System. 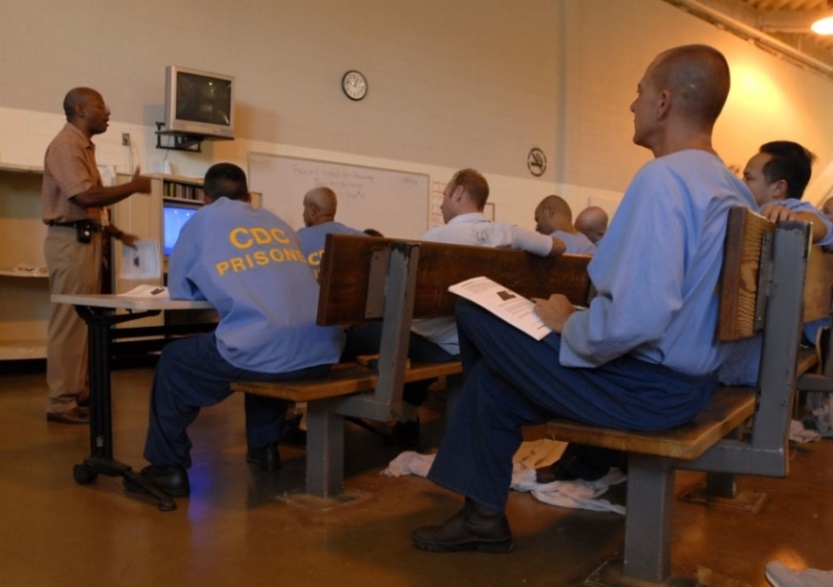 Providing training in prison was the key to reducing recidivism, according to a 2013 RAND Corporation report. Their findings suggested that each $1 invested in prison education saved $4-$5 in incarceration costs in the first three years following release. This investment involved spending only about $1600 per inmate, a minor additional cost relative to the $20,000-$30,000 yearly cost of imprisoning one inmate.

Perhaps another alternative to reducing recidivism is for ex-cons to enlist in the military, since doing so is not always prevented by a single misdemeanor or felony.  One advantage of enlisting is that the military can offer a strictly regimented environment that ex-cons might readily adapt to, since they have already faced a highly structured environment in prison.

The emphasis on teamwork in the military might substitute for the tendency to join gangs.  Most prisoners join gangs in order to feel a greater sense of belonging or to feel more safety and security by being in a group of fellow-prisoners who are protecting each other.  Basic training in the military thus reduces the motivation to join gangs and teaches ex-cons to look out for their fellow soldiers regardless of their ethnicity or background.

A related suggestion is to create a class of “boot camp” programs in which younger inmates can volunteer for a tough, strenuous program which teaches them military discipline and teamwork.  Why volunteer?  One good incentive is to reduce their sentence for good behavior.

Below are some of the possible additional approaches to reducing recidivism, since there is no single fix.  But adopting many of these fixes is needed to keep down the prison population and reduce costs.  Such fixes will also provide new hope and job opportunities to the many men who are released from prison to keep them from returning to a life of crime, only to be arrested and returned to prison again.

Given the alternative — more crime, more incarceration, more recidivism — both state and federal governments have begun investing in rehabilitation programs to reduce the recidivism rate.  Some examples of these programs are mentioned and described below.

A number of programs have been designed to help prisoners get the education they need to obtain work and avoid returning to crime to survive.  Such programs can help prisoners overcome the many barriers they face to getting an education, most notably a lack of income and family support.

Some of these educational programs seem promising and should be encouraged, such as the previously cited 2013 RAND Corporation study which showed a substantial savings due to a prisoner being less likely to return to prison.

It is especially important to encourage or even require inmates to participate in programs to earn a high school degree or GED equivalent, since most prisoners haven’t graduated from high school, and doing so will greatly enhance their job prospects when released.

A number of programs around the country which emphasize rehabilitation have also helped to reduce recidivism.  These programs are initiated in the final year or so of imprisonment, using an approach which has resulted in positive outcomes in European prisons.

These programs reflect a number of different approaches adapted to different groups of prisoners — and regardless of the exact method, these seem to work. For example, some programs are faith-based, some are apolitical, and others involve alliances between corporate donors and liberal social workers.  Community reintegration programs are another successful approach, which I have discussed in some of my previous books, including American Justice? and The Price of Justice in America.

In The Price of Justice in America, I mentioned successful reintegration programs developed at San Quentin in California that have gotten a buy-in for participation by 75% of the inmates there.  Among other things, the programs offer them therapy for anger management and drug addiction, as well as training in print and radio communications and in software programming.

Another promising program in is Women in Recovery, an Oklahoma program which helps women with drug addiction and mental health problems re-bond with their children and families. This intensive outpatient program lasts nearly 18 months and costs about $20,000 per inmate, less than the cost of continued incarceration, with recidivism declining sharply to less than 5%.

Another program with favorable results is New York City’s Prison-to-College Pipeline for helping both incarcerated and formerly incarcerated prisoners, even if the students have to take on student loans.  The state has committed $7.5 million to offer classes to 1000 inmates over the next 5 years.

Some successful nationwide programs that help ex-offenders learn skills and find jobs are offered by Goodwill and the Salvation Army. In addition, local programs around the country offer jobs to recently released former convicts.  For instance, MaineWorks offers former convicts, whose crimes involved substance abuse disorders, not only temporary jobs, but it helps the ex-cons secure housing and even transportation.  Here around Little Rock, one program which claims success is Pathway to Freedom, a faith-based 18-month, in-prison program, after which prisoners experience another year of mentoring and re-entry assistance after their release.

Another program in Little Rock for ex-offenders preparing for release is Compassion in Action, which lasts for twelve weeks. It provides job training, education, and mentoring, and it claims to reduce recidivism by 90%.

Hundreds of other communities have programs for ex-cons.  Though these are individually small programs, they add up, resulting in potentially thousands of ex-convicts that benefit from such programs each year. And the more lives that are touched by such programs, the less likely these ex-convicts are to commit new crimes and return to prison.  The cost savings from reduced recidivism can be substantial, as mentioned earlier.

What Else Can Be Done to Reduce Recidivism?

As much as these local community programs help in reducing recidivism, each of the programs assist only a handful of ex-convicts at a time — not enough to put a significant dent in recidivism unless many more such programs are implemented around the country.  So what else should be done?

Former prisoners also need help in finding better jobs or in getting some financial support while they get back on their feet, since currently minimum wage jobs earning less than $16,000 annually are all that are usually available to newly released ex-convicts. Compared to the cost of continued housing in prison ($20,000-$30,000 annually), a three-month investment of $4000 per prisoner in some pilot program would seem a worthwhile investment to determine if it would reduce recidivism. The $4000 could even be considered a loan, to be repaid on a certain schedule, or it could be added to the prisoner’s debt if he is re-incarcerated.

Because many prisoners had or still have substance abuse problems upon release, Jeffrey Ian Ross and Stephen C. Richards, authors of Beyond Bars, Rejoining Society After Prison recommend that one prison per state be turned into a Residential Treatment Center. This Center could have a professionally trained staff, be open to the public as well as to ex-convicts for treatment of 3-6 months, and be paid for by the state or perhaps funded through private charitable contributions. Once it is shown that such Centers contribute to reducing recidivism and incarceration costs, this will likely reduce community resistance to including ex-convicts in such programs.

The prisoners in these programs who undergo the required training could then be given the extra help they need to get started in whatever business or work they train for. For instance, they could apply for bank loans to get started, and these could be guaranteed by local or state government.  Providing such loans might be an ideal approach for helping prisoners get involved in a farming business after they get out of prison, especially since many prisoners already work on prison farms.

Similar support could help ex-prisoners succeed in other businesses, after they successfully go through a training program in prison.  For instance, a prisoner who learns how to bake in prison could be given a loan to start a small bakery after leaving prison. A prisoner who learns about becoming an auto mechanic, plumber, painter, or other trade might be given access to a small loan to open up a shop in the community. In this way, the prisoner could build on the skills learned in prison to transition into productive and profitable work.

If we can make these changes in the current status of prison management, we should be able to achieve the following:

These developments would represent a win-win situation for all.